What is Aerial Imagery?

If you've just got yourself a drone or you're thinking about getting one, there are probably plenty are questions that remain unanswered. Can I fly where I like? Could I turn my drone hobby into a career? What does this button do?

Aerial imagery isn't a difficult concept to get your head around. It refers to pictures and videos taken from an aerial perspective. Almost always these will be captured from an aircraft, whether that's a media team riding a helicopter or a drone with an integrated camera.

Aerial shots can be used in the same way that photographs and videos from ground level can: to illustrate, to entertain and to inform.

The versatility offered by a flying camera is introducing aerial imagery to a host of new users, from enthusiasts and professional videographers to businesses and media corporations.

The three categories of aerial imagery

If you wanted, you could break down aerial imagery into three distinct categories that represent the three different ways that it's used: Media, live and raw data.

How drones take aerial imagery to the next level

Not too long ago you would have needed a helicopter or a small plane to gather aerial imagery. Everything from agricultural surveys to Hollywood shoots and promotional videos would have needed expensive equipment and a highly-trained pilot.

Now, relatively cheap drones have opened up opportunities for filmmakers and businesses, making content and data that was once inaccessible, accessible. And it's not just costs that are down thanks to drones. So is the barrier for entry. Today's best drones for photography are relatively easy to fly and straightforward to get certified for.

And then there's the versatility. Naturally, drones are a lot smaller than your average manned aircraft. This means they can fly lower and be deployed on more intricate flight paths. This in turn allows pilots to quickly survey and capture points of interest from above.

Aerial imagery doesn't have to be outdoors, either. Certain drones are capable of flying steadily inside thanks to vision positioning systems that don't rely on GPS. This means that video directors can get more creative when shooting inside, while commercial users can capture imagery in big indoor spaces, such as warehouses or hangers.

Feel like you've got what it takes to enter the world of aerial imagery? Sign up to be a DroneBase pilot today and get paid to capture photographs and videos as you fly. 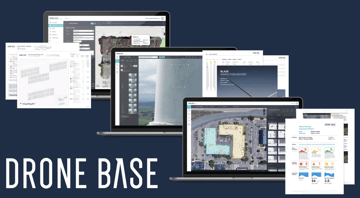