DroneBase Pilot Bill Larned’s first flight took off on September 9th, 2016. Since that day,  he’s logged over 120 hours of flight time and has since started his own aerial photography business in 2017.

Bill has become an accomplished Pilot in a short period of time - and after taking some time to talk with him, we learned that's only touching the surface of his story! Read on to learn how this Professional Pilot's background prepared him for the work he does today.

Bill’s story is similar to our CEO, Dan Burton’s: their interest in drones was sparked while in the military. Similar to Dan, Bill’s unshakeable passion for drones led to him building some of his own.

BL: I discovered and started working with small unmanned aircraft while serving in the Navy, in 2015. At the time, I was working as a Navy photojournalist while assigned to Naval Submarine Base New London in Groton, Connecticut. Researchers and engineers at the base needed imagery in addition to other mission requirements and I volunteered to help. After completing ground school training, getting a flight physical (gasp!) and meeting other FAA and Navy requirements --- I finally started flying for the base. By sheer fate, the same week I received the green light to purchase the drone for the submarine base, a buddy of mine said his model aircraft club was having a seminar about drones. I attended, was immediately hooked, and bought my own drone. I began flying outside of work and was mentored by the club members, who gave me the callsign, “Wild Bill,” and who walked me through building a drone.

BL: Nowadays, as far as training, I’m earning a Master's of Science degree in Unmanned Systems from Embry-Riddle Aeronautical University. I’m a member of the Academy of Model Aeronautics, a local flying club and DroneU, which also has practical training and podcasts.  My best friend Mark Reiss and his wife Heather, who are entrepreneurs, have been good mentors!

Like many of our Professional Pilots, Bill has had quite a share of Client Missions since joining DroneBase in 2016. Here's his take on the experience:

BL: Client missions with DroneBase are clear cut and simple. Examples and standards are provided and staff clarify things via phone or by e-mail very quickly. DroneBase is really a service provider to customers, as well as its pilots. For me, it’s a good change of pace. A lot of my other photography work requires more marketing, paperwork and sales savvy. Real estate client missions, which require drone photo and video services, are straightforward. However, I enjoy learning and I'm looking forward to insurance and other missions. My sister and I are caretakers for my mother and the flexibility DroneBase offers really helps me navigate around her daycare and doctor appointments.

Some Professional (or "Client" Missions) are more intense than others. Here, Bill shares some of the more difficult moments he's had to navigate as a Pro Pilot:

BL: Some of the aerial imagery I’ve captured with drones has been above the ocean, rivers or near mountains. In comparison, real estate client missions can involve shooting in tighter spaces, while avoiding trees and other obstacles. As a peninsula 50 miles out at sea, Cape Cod’s winds and weather can change very quickly, so it pays to be alert. 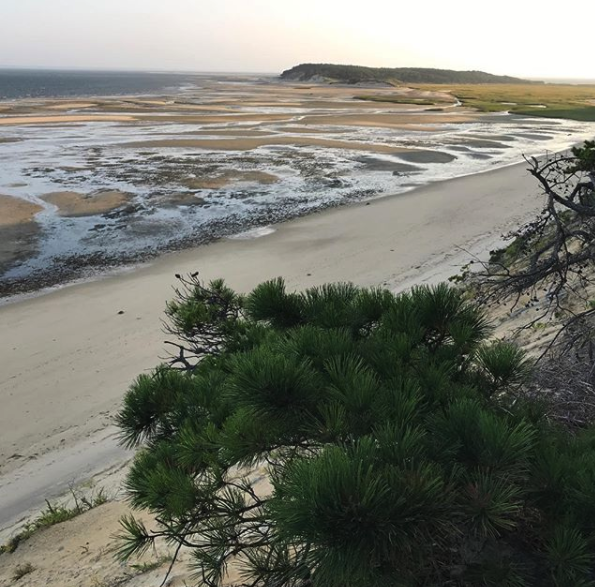 Our favorite part about having Bill on the DroneBase team is the fact that it's finally brought a bit of his Navy photography experience full-circle:

BL: Navy photojournalists, known as Mass Communication Specialists (MC) tell the Navy’s story and help document the sea services’ operations around the world. During my 20-year service career, I was lucky enough to serve aboard five different ships, travel to 25 different countries and meet people from all walks of life and diverse circumstances. I captured imagery of medical staff on a hospital ship treating patients in Southeast Asia. I worked with the Marines. I photographed Buddhist monks delivering rice to children and shot photos of the fleet while aloft in a Seahawk SH-60 helicopter. When I was in the air, I wondered if I would ever find the civilian equivalent for aerial photography. Years later, the universe has answered.

We’re glad it did, Bill.

If you’re ready to leverage DroneBase’s network of skilled pilots for your aerial inspection needs, get in touch with us today! A member of our team would be happy to discuss your options.