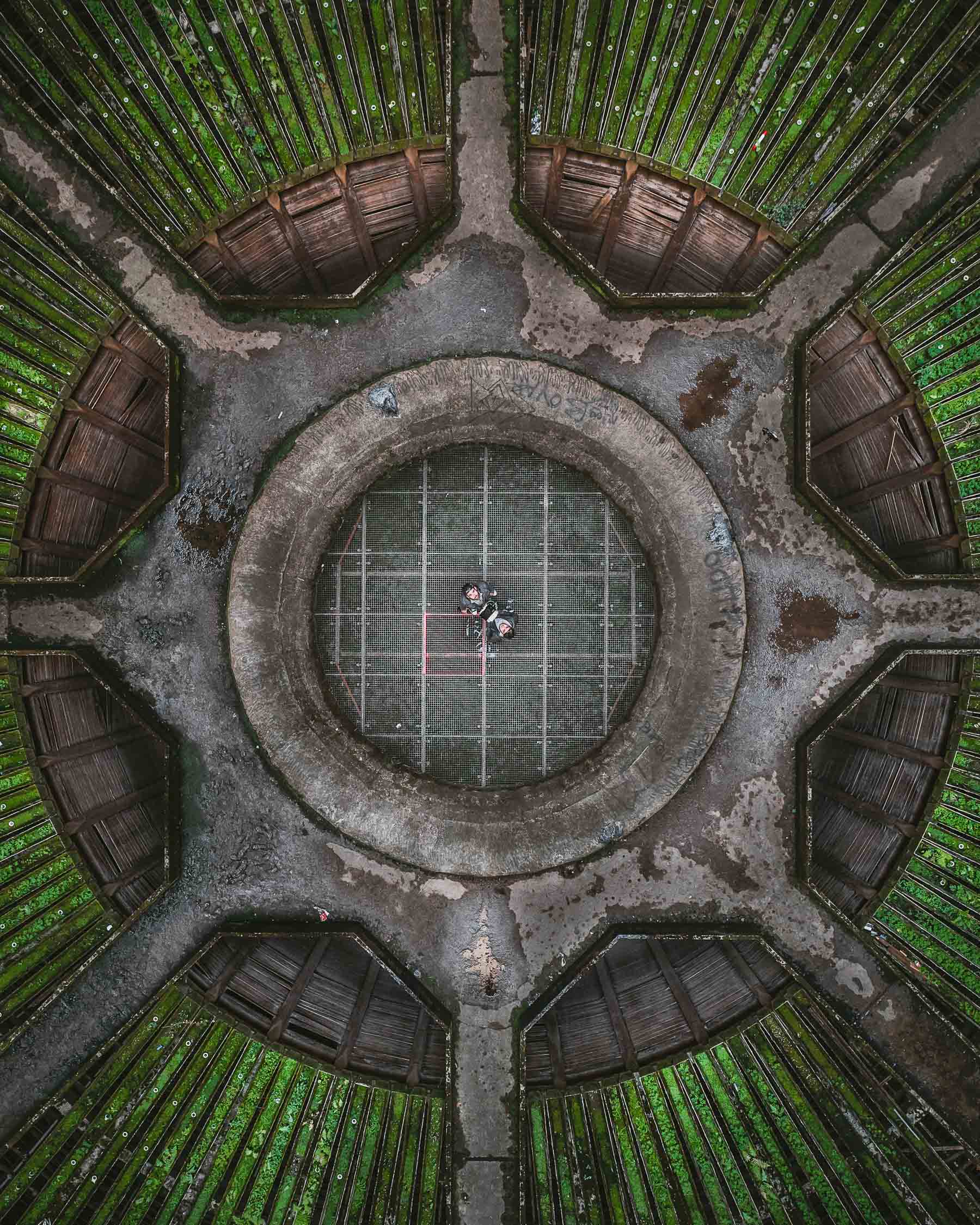 Aerial photography gives us access to new perspectives and allows pilots to paint a different picture of the world. Most of the time that's a good thing. But every now and then, shoots don't go exactly to plan. From rogue clowns to abstract images from above, we've put together a Halloween-inspired collection of creepy drone photography. Enjoy!

With Abstract Aerial Art, the clue is in the name. JP and Mike, two brothers from the UK, started the company after discovering the unique perspective drones can provide from directly above landscapes. The point of their work isn't to guess what it is you're looking at, but to enjoy the patterns, colors and mystery.

All of their images are genuine with only slight enhancements to contrast and color, like this one below: 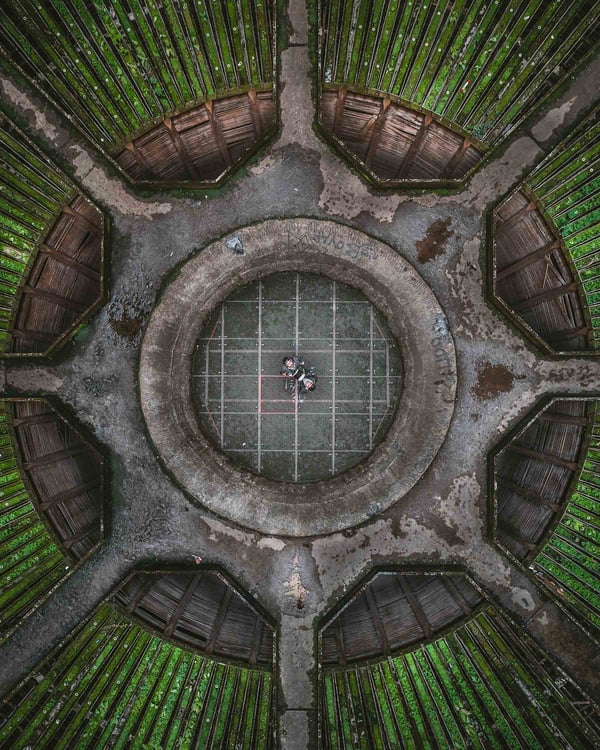 Where are they? Is that even on earth? To be honest we have no idea, which makes it extra creepy.

It wouldn't be Halloween without clowns. Remember that epidemic last year, when people started to think it was a good idea to dress up as creepy clowns?

This drone pilot in Alabama got a clown-related fright when flying his drone over some cornfields. Take a look at the video below.

Sometimes the scariest things are the ones that we can't explain easily. That was certainly the case with this video that emerged from Georgia (the country, not the state).

This monster drone appears to be carrying a person along in some kind of hammock contraption. Plenty of people have pointed out that it's probably fake. Others have suggested that it's not a person at all, but a (much lighter) mannequin.

The latter option seems the most likely. Either way, it's not what you expect to see when you look up. At least not until the passenger drone revolution takes off for good.

Back in April 1986, reactors at the Chernobyl nuclear power plant in Ukraine exploded, contaminating more than 100,000 square kilometres of land. A few years ago, filmmaker Danny Cooke took a drone to the city of Pripyat - effectively ground zero - which was evacuated and now lies empty following the disaster.

This haunting footage is serene, powerful and testament to the power that aerial photographers have to tell a story in a unique way.

Feeling inspired to go out there and find your own creepy Halloween footage? Or maybe you're a business ready to benefit from aerial photography? Check out our post on drone photography in the Fall for more inspiration.