A Reminder of the Importance of Risk-Taking

The following post was written by DroneBase CEO and co-founder, Dan Burton.

On national holidays like Veteran's Day, July 4th, and more, we salute the patriots who took unimaginable risks for our independence.

Risk is a hard thing to assess.

Many people would consider it ‘risky’ to make being a drone pilot your profession. At DroneBase, we get to work alongside these men and women who built a skillset, knowledge, and fluency in a new technology. I so admire their courage in embracing drone technology and building a new class of skilled labor. We work hard to provide them rewarding, challenging, and fun flights.

Many consider drone flights generally a ‘risky’ thing for society. 32,675 Americans are killed in car accidents each year, 33,636 are killed by firearms, and 480,000 are killed from tobacco. By my count, commercial drones have killed 0 Americans, although current and pending regulation would have you think otherwise.

That still doesn’t mean you should fly your drone through a fireworks show. (Although, respect).

It is worth recognizing and respecting true risk for an ideal. When the founders declared independence, theirs was not an over-hyped risk, nor a mitigable one. The expected gain was not for financial reward and was an ideal far from certain.

While we take our own ‘risks’ to fly our drones, invest our time and money in a new skill, or quit our jobs for uncertain new ventures, we salute the original risk-takers. 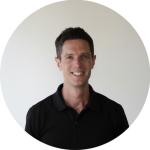 Dan Burton is the CEO and co-founder of DroneBase.  Dan served as a Marine Infantry Officer in Iraq and Afghanistan; he now builds and pilots a variety of drone platforms in California. Dan previously worked in Goldman Sachs' Technology, Media & Telecom group; the US Marine Corps; and the US Senate. He has an MBA from HBS and a BA from NYU.