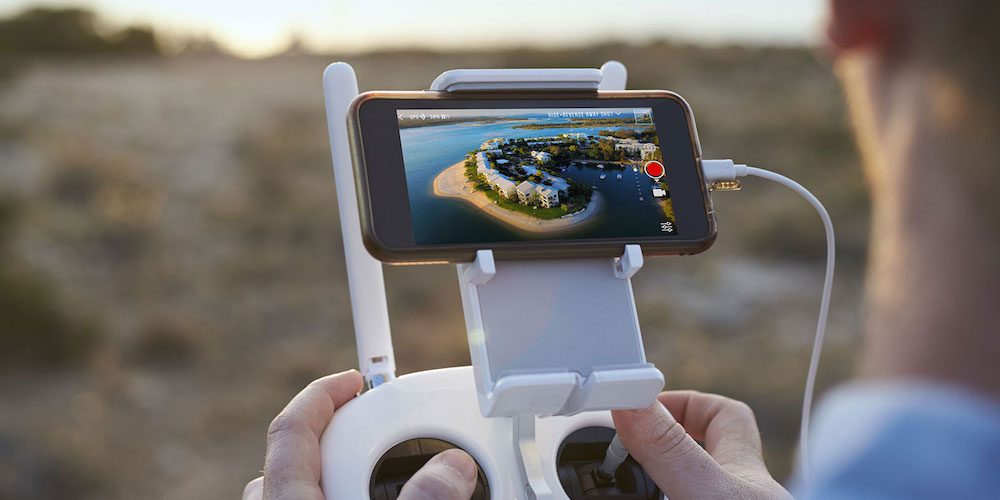 4 Apps Every Drone Pilot Should Have

Piloting a drone isn't as difficult as it used to be. Autonomous flight and advanced hardware mean that now anyone can give aerial photography a try.

Central to this improved ease of use are apps that can be accessed with your smartphone. Pre-flight checklists, route planning and social media sharing are all just a few taps of your finger away.

Looking for some handy apps to improve your drone experience? Here are four we'd recommend that will make flying safer, easier and more productive.

If you are like the vast majority of our pilots and fly a DJI model, the DJI Go 4 app is one that you'll be familiar with already. Without it, you won't be able to make the most of your drone and shoot the best aerial photography possible.

As well as giving you access to all of your model's intelligent flight modes and detailed camera settings, DJI Go 4 is your hub for firmware updates and a gateway to the Chinese manufacturer's SkyPixel social platform.

DJI Go 4 is available in the Apple Store and Google Play. It's compatible with every DJI drone since the Phantom 4. If you're flying a Phantom 3, you'll need the standard DJI Go app.

Barely a day goes by without a story involving a drone pilot flying where they shouldn't. You can avoid doing the same by keeping up to date with your local no-fly zones and making a few routine checks before your drone leaves the ground.

One app that helps you do exactly that is Hover. Hover is packed with features to give you everything you need to make an informed decision on when and where to fly.

Maps of nearby no-fly zones are provided by AirMap, there's a feed with all the latest news from the industry and live weather conditions are available at the touch of a button.

Hover is available in the Apple Store and on Google Play. 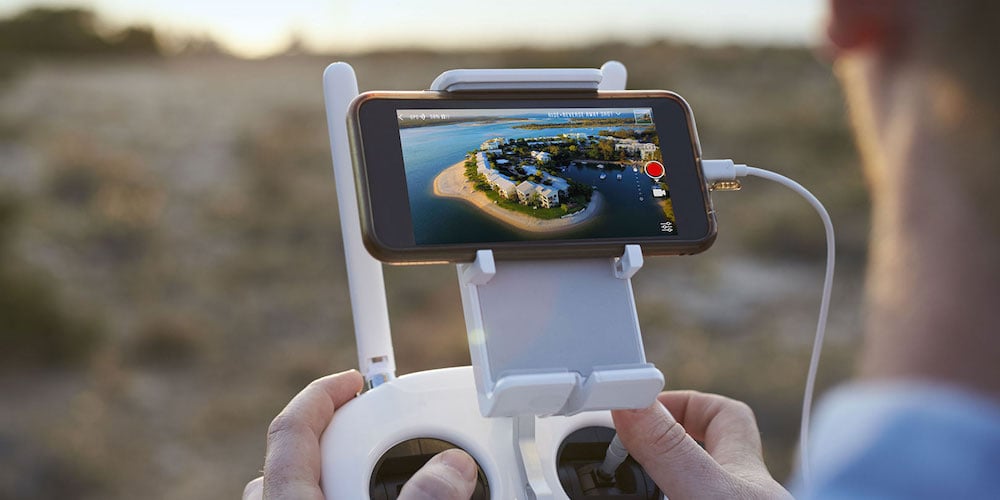 Whether you're a drone pro or a relative beginner, the idea that you can make money doing what you love is an exciting one.

The DroneBase Pilot app is a gateway to thousands of aerial photography jobs near your location. With it you can find and complete over 1,000,000 drone missions throughout the US, highlight and manage missions nearby and track your earnings over time.

Sign up as a DroneBase pilot today and get paid to fly!

There will always be days when it's impossible to fly. Maybe you're travelling, maybe the weather is awful, maybe your drone is in for repairs. Either way, you're going to need to find a way to get your flying fix.

That's where drone simulator apps come in. As well as being a great way to kill time, these apps let you practice your pilot skills in a safe and handheld virtual world. They can also be a great way to get your kids involved without putting expensive equipment at risk!

There's one popular simulator app worth downloading to your smartphone and trying out, Quadcopter FX Simulator. It's available for Android and Apple devices.

All of the above apps can help you become a better pilot, capture more  professional footage and get the most out of flying your drone. Feeling inspired? Find out more about how you can become a DroneBase pilot today.