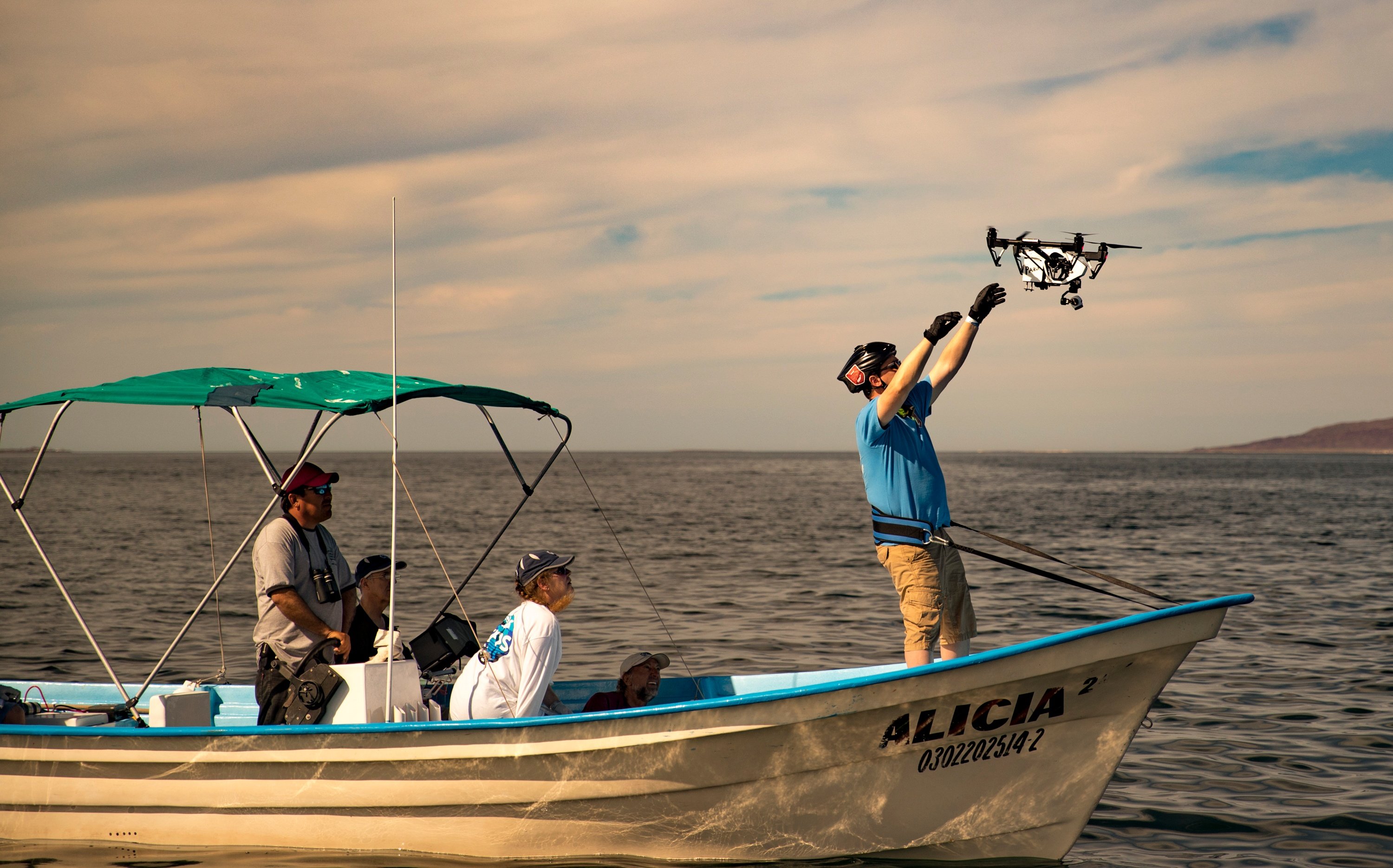 The 8 Weirdest Uses for Drones

It's clear to see the impact drones are beginning to have around the world. There are so many potential applications from media and aerial photography to data gathering in agriculture and infrastructure inspection.

But who's going beyond the conventional? Is anyone using drone technology for something a little more unexpected?

Here's our list of weird and wonderful drone uses.

The team at Ocean Alliance is using DJI drones to capture biological samples from whales in the wild.

Their adapted Inspire drones, named SnotBot, are effectively flying petri dishes able to fly directly into a whale's 'blow' to collect samples. Before using drones the Ocean Alliance team would have to carry out dangerous and expensive missions with larger boats and more invasive methods. Now they can gather more data, faster and for less. 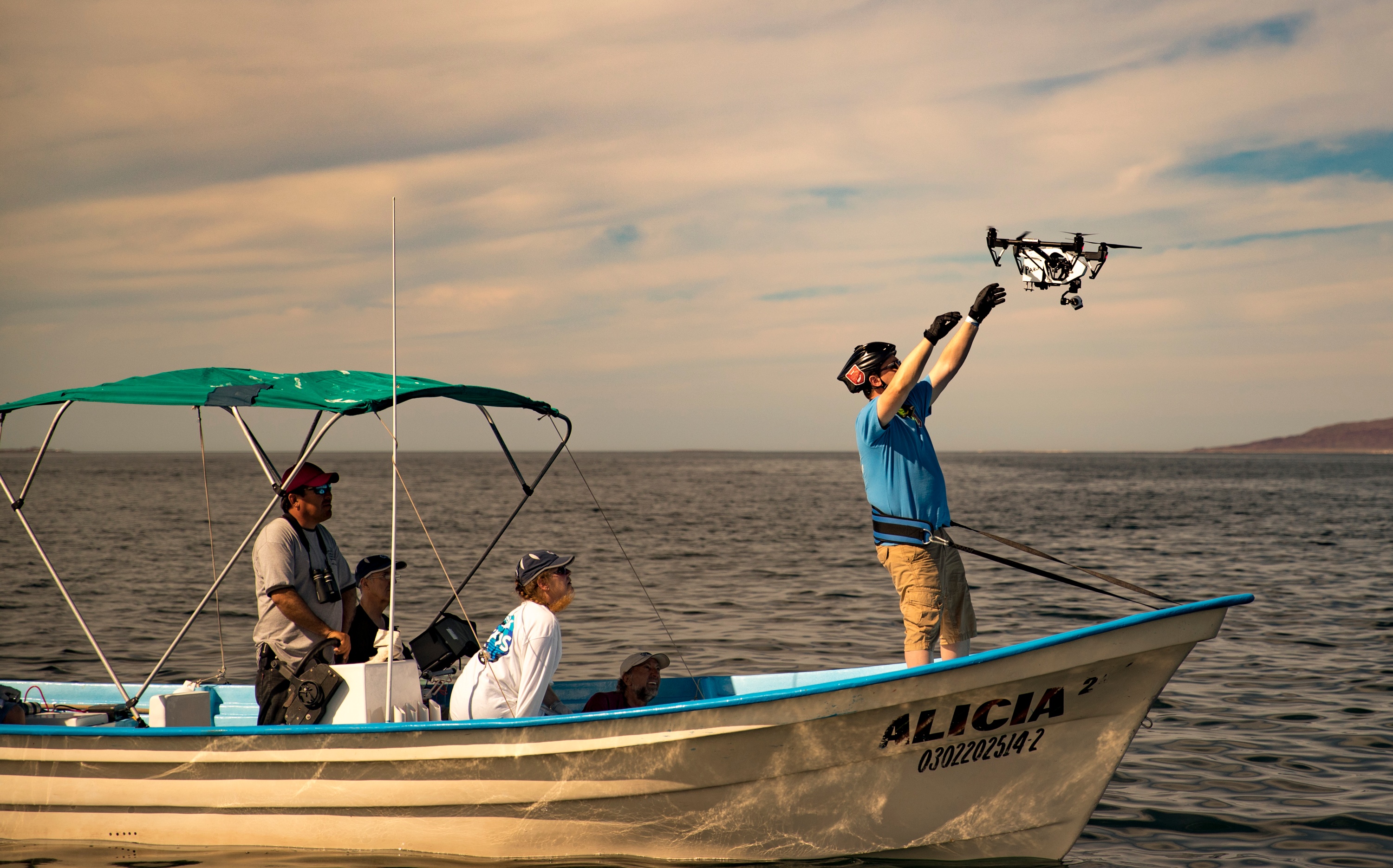 Controlled explosions on ski-slopes are often used to prepare new ski runs and cause avalanches before they occur naturally. Any scenario combining explosives with tonnes of snow is going to be pretty dangerous for anyone nearby.

With that in mind, Mountain Drones developed a system that could deliver the explosives remotely. The result is faster, safer and more precise explosions. It makes for some epic footage, too.

Did you know that drones are being used in Australia to help prevent shark attacks?

After a spike in attacks on surfers, the New South Wales government put together a Shark Management Strategy, pouring millions of dollars into prevention techniques.

After successful drone trials, the NSW government plans to create an autonomous, constantly vigilant system. A team of drones could soon be running continuous shark detection missions, alerting surfers before anything goes wrong.

Extreme sports and drones are a match made in heaven. But instead of simply filming the action, some drone developers have insisted on getting involved.

Last week a team in Latvia performed the world's first drone-assisted skydive. Yes, really. Engineers from Aerones have been working on a drone that can lift people safely out of burning buildings. Naturally, they decided to test out the technology by carrying a man 1,000ft into the air for a skydive.

The Aerones drone has 28 propellers. Is this the start of a new type of skydive?

Several aviation manufacturers are working on a form of personal transport. The concept of a drone strong enough to comfortably carry a person is straightforward, but there are plenty of challenges to be overcome.

Among the barriers is a lack of an air traffic control system, obvious concerns over safety and issues surrounding infrastructure.

Leading the way is Chinese manufacturer EHang, whose 184 drone has already completed successful testing. The company hopes that one day soon it will be the pioneer behind an on-demand, uber-like aerial ride service.

Intel has a lot going on in the drone industry, and the tech giant never misses an opportunity to show off its technology.

Teaming up with Orlando forward Aaron Gordon back in February, an Intel drone assisted a dunk in the NBA's annual Slam Dunk contest. He didn't go on to win, but it was certainly an original entry.

7. A Replacement for Fireworks?

Speaking of Intel and drones turning up at sporting events, you might have seen the spectacular drone light show at this year's Superbowl.

The same technology has been deployed at Disneyland, the Coachella music festival and above Sydney's iconic opera house. Intel's light shows now hold the world record for the highest number of drones flying in sync at one time: 500.

Although most pilots hold DJI in high regard for its popular Phantom and Inspire series, the Chinese manufacturer also has a range of more specific, commercial UAVs.

Among them is the Agras MG-1, an octocopter designed for precision agriculture. Armed with 10kg of fertiliser, herbicides or pesticides, it can cover 4,000-6,000 m² in just 10 minutes. DJI says that the Agras is 40 to 60 times faster than manual spraying operations, so it shouldn't be long before this kind of technology is commonplace on farms around the world.

Feeling inspired by our list of weird and wonderful drone applications? Find out how you can become a DroneBase pilot today.