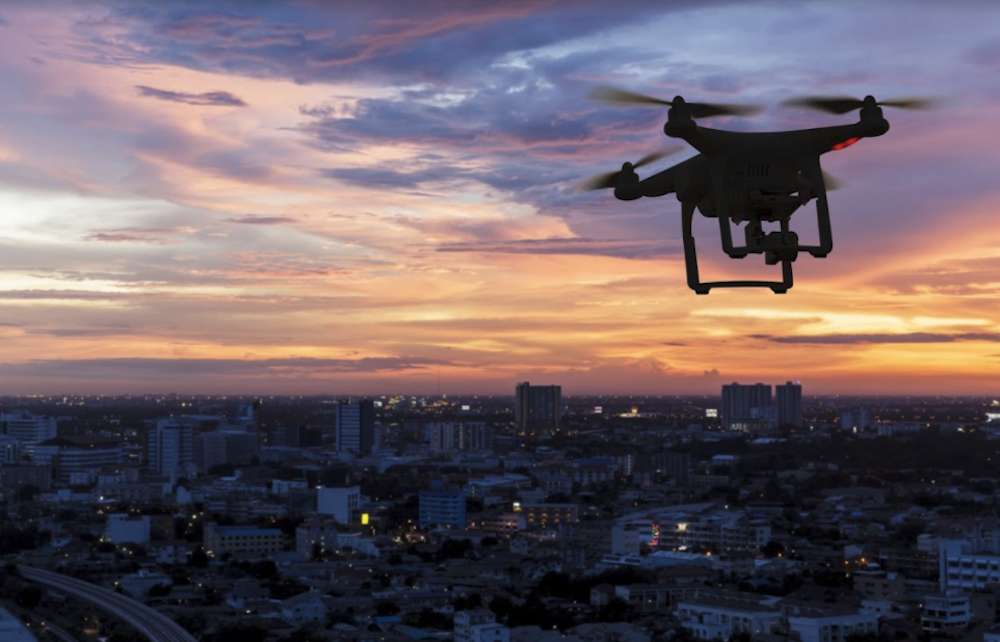 Which Drones Have the Longest Flight Time?

Flying a drone can be a liberating, creative and breathless experience. But there's one thing that's guaranteed to always bring you back down to earth with a bump: low battery.

Short flight times are something that the industry as a whole is trying to tackle. But current battery technology can only go so far. Running out of power is frustrating and can ruin the flow of your shoot. And by limiting the time you spend in the air, it puts you under more pressure to capture the perfect shot first time. So what's the solution?

The most obvious is to buy plenty of spare batteries. Although these tend to be an expensive outlay, they are definitely your best option. Aside from that, try and use a drone that has strong battery life to start with. Here are a few examples that fit that description.

DJI's latest and most impressive prosumer model is arguably the most advanced camera drone ever made.

It comes with a range of autonomous flight modes, shoots video in up to 5.2K (depending on which Zenmuse camera you purchase with it) and has DJI's latest sense and avoid technology. But it's in the power department where the Inspire 2 moves way ahead of its rivals.

It'll go from 0 to 50mph in just 5 seconds and can hit a maximum speed of 58mph. The battery life is 27 minutes, giving you plenty of time to make the most of that manoeuvrability.

The Disco from French manufacturer Parrot is a completely different type of drone to those offered by DJI. The Disco is a fixed-wing aircraft, with only a single propeller providing the power.

But that doesn't mean that it's slow or ponderous. Instead, Parrot's aim was to create the most realistic first-person-view flying experience possible. The Disco can be used for aerial photography, mapping and aerial surveys.

The bird-like design definitely assists the Disco in the battery life department. Parrot's most advanced consumer drone can fly for 45 minutes on a single charge.

The Mavic Pro is DJI's smallest and most portable drone to date. Foldable wings make it compact and lightweight for easy transport and, just like the Inspire 2, it comes with a range of autonomous flight modes to help add versatility and creativity to your shots.

But don't let the portability fool you. The Mavic ticks all the boxes related to performance, too. It can handle winds in excess of 25mph, shoot in 4K at 30fps and boasts an operating range of over 4 miles.

27 minutes of flight time make the Mavic more than competitive with its industry rivals and, as the cheapest drone on this list, pilots looking to start up in the commercial industry could do a lot worse.

The Typhoon H has been a respected alternative to DJI's best models since it was launched last year. Intel's RealSense technology means it has one of the most capable obstacle avoidance systems on the market, while a 4K camera can spin for a full 360-degree view because of its retractable landing gear.

25 minutes of flight time may be the lowest on the list, but it makes up for that with impressive specs across the board. Because the Typhoon H has 6 rotors, it's capable of carrying heavier, more sophisticated cameras. The extra rotors also provide a fail-safe system of sorts, allowing the drone to remain stable and land in the event of one or two of its motors losing power.

DJI's Phantom 4 Pro is a revamped version of 2016's hugely popular Phantom 4 drone. As well as being able to sense obstacles in 5 different directions, the Phantom 4 Pro has a more advanced camera than the original version.

As one of DJI's newest models, the Phantom 4 Pro also benefits from having all of the most recent autonomous flight modes, including ActiveTrack, Gesture Mode and TapFly. These

The Phantom 4 Pro can also fly faster, further and for longer. Just like the Mavic Pro, it has a range of well over 4 miles, while 30 minutes of flight time make it an ideal drone for commercial missions and recreational flying.

Have you considered turning your hobby into a new career? Click here for more information on how to become a DroneBase pilot and get paid to do what you love.