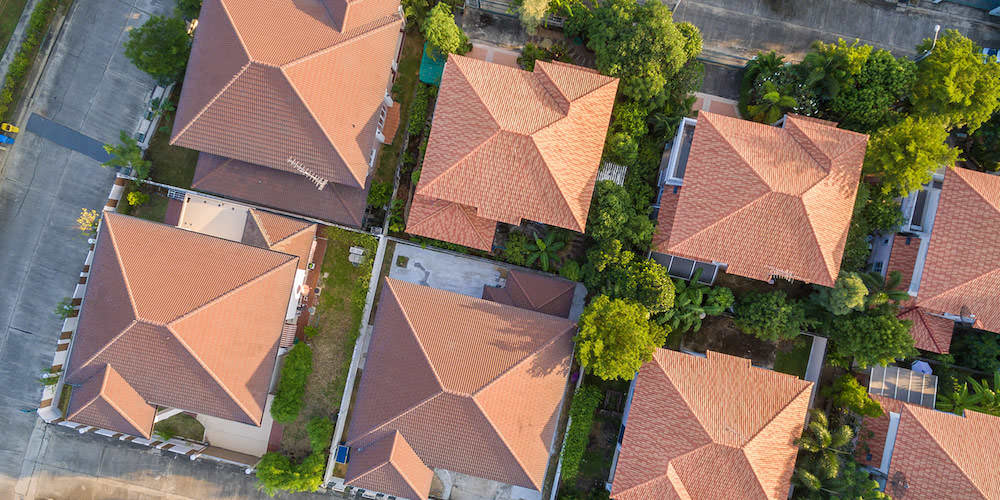 Looking at the drone industry from afar, it’s easy to assume that aerial photography is solely for entertainment, that airborne cameras are useful only for Hollywood film shoots, promotional videos and media coverage.

But having an eye in the sky is also proving revolutionary to a handful of industries that require regular inspections. From solar panels and bridges to offshore oil rigs and cell towers, drones are increasingly being used to keep people and structures safe and sound.

So why is it that aerial technology is being deployed in these sectors? And what benefits are camera drones and skilled pilots bringing to inspection teams across the globe?

The first and most obvious benefit of using drones for property inspections, among other types of aerial inspections, is safety. It goes without saying that you’d rather put a machine at risk than a human being. Many inspections require a team to scale significant heights or work in risky, unorthodox environments. If drones can be used to carry out these potentially dangerous missions instead, that can only be good news for engineering and inspection teams.

Ropes, harnesses, ladders, raised platforms - Why take the risk when a drone can keep engineers’ feet firmly on the ground?

Aside from safety there’s speed. A half-decent drone in the hands of a skilled pilot can do a full, 360-degree reconnaissance of a structure in a matter of minutes. Your inspection can be completed in as much time as it takes a maintenance team to get the ladders out and strap on their harnesses.

The pace at which drone inspections are done can be the difference between shutting down a bridge or oil rig for a couple of hours or a whole day.

The old saying that time is money comes into play here. Drones are relatively inexpensive, and are capable of doing the work of a small team, not to mention replacing the need for expensive health and safety measures.

When put that way, it’s easy to understand why many industries that rely on regular inspections see drones as a cost-saving alternative. Typically, inspections require a highly-trained team and plenty of gear to get them off the ground. A drone means that less people are needed and that preliminary flights can allow site and structure managers to make more informed decisions before going forward.

It’s when we delve into the mechanics of an aerial inspection that the obvious benefits to efficiency come to light. Drones don’t replace the need for skilled structural and technical inspectors. Instead, they supplement their work by providing high-quality footage of the subject in question.

Images can be directed and beamed straight to engineers on the ground. Footage can be stored for analysis or evaluation at a later date. In many cases, this allows inspection crews to really focus on the task at hand, as the different angles offered by the drone provide a complete view of the subject.

One of the key benefits of drone inspections is that site and structure managers are no longer in the dark about what’s needed before sending a crew to do the job. In the past, costly investigation crews would inspect bridges, renewable energy farms and the like to see what work they needed to do. Now they can get through that process much more quickly and start fixing issues faster than ever before.

It’s not uncommon for infrastructure, such as railroads, bridges and structures in wind, solar, oil and gas, to come to a complete standstill while manned inspections are being carried out.

All need to halt operations at some stage during a conventional inspection, but that’s not necessarily the case when a structure is inspected from above. The use of a drone can drastically cut downtime in Oil & Gas, saving companies thousands of dollars in the process. Bridges can also stay open for longer, as there are no individuals put at risk from continued traffic.

Crucially, aerial inspections can be combined with other services to offer project managers a more rounded solution. General videography from above and mapping services can come together to form a detailed picture of how a job is progressing.

And the smart software doesn’t have to end there. Avenues in artificial intelligence are being explored, to the point where a computer can scan live drone footage and recognize faults in railroads, bridges solar panels and wind turbines.

Oil & Gas represents a prime opportunity for drone technology. In an industry where safety and efficiency are paramount, aerial inspections can keep workers safe and keep shutdowns to a minimum.

Both solar and wind farms are already benefiting from inspection via drone. Again, it’s safety and efficiency where the most progress is being made. Wind and solar offer different types of hazard, but aerial inspections mitigate them both.

Solar farms are notoriously extreme environments in which to work, as they are often found in dry deserts where the heat can be extreme. Wind turbines, on the other hand, have the same element of risk that you’d find when inspecting cell towers or bridges. Drones can navigate both safely and quickly, sending back detailed imagery to a team on the ground.

As well as avoiding potentially dangerous manned inspections of bridges, drones are also being used to inspect railroads over huge distances.

BNSF is one example of an infrastructure company using drones to inspect tracks, and is actually working with the FAA in the development of beyond line-of-sight regulations.

We can provide single tower inspections or thousands at scale nationwide. Get high-definition aerial imagery and 360-degree views of your cell towers today.