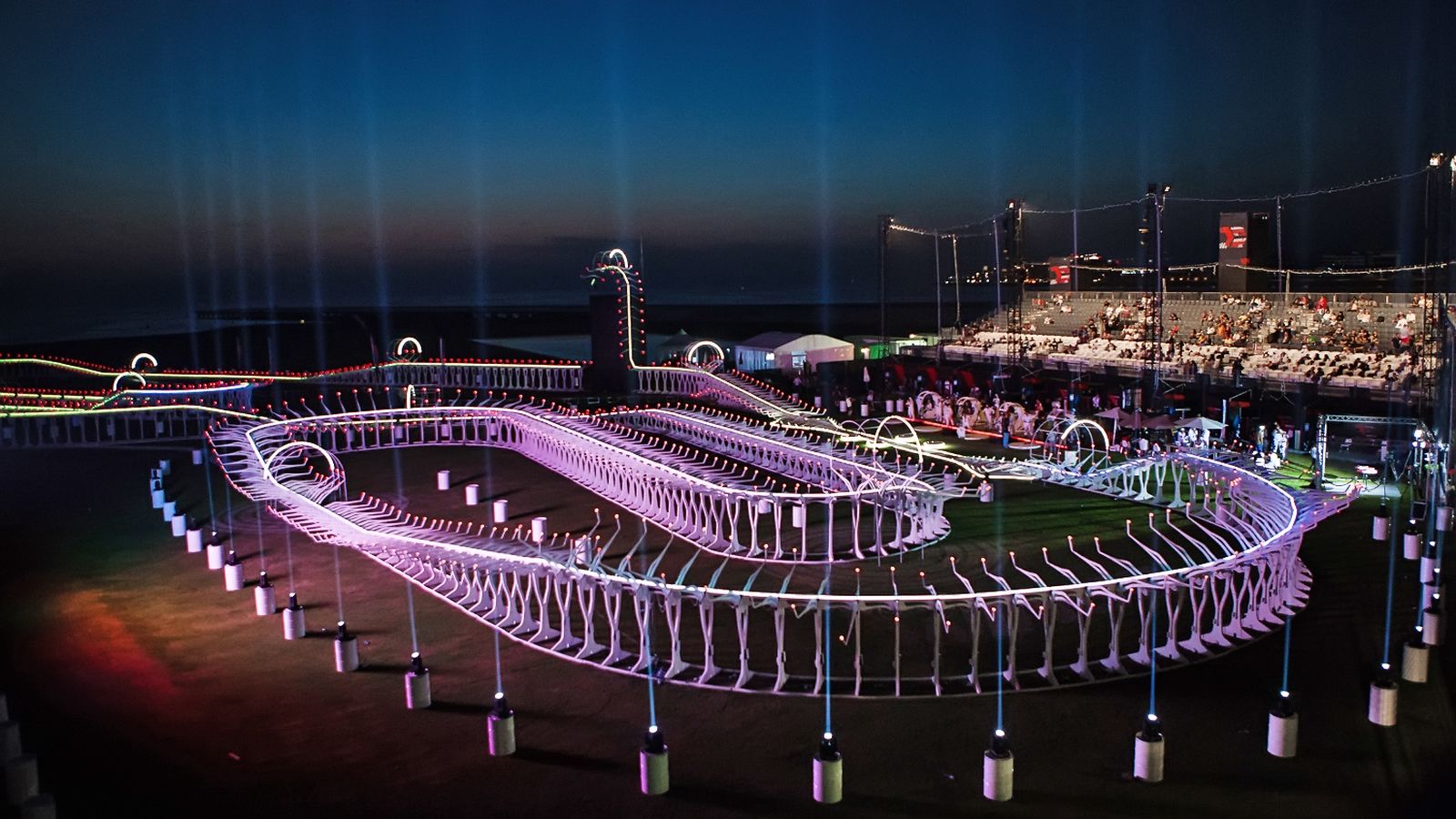 Drone Racing: The Sport of the Future takes Flight

The buzz on Drone racing continues to intensify as it becomes more popular. With the technology moving from a curiosity to an everyday part of life, enterprising pilots are beginning to organize in order to test their flying skills against each other. As a result, drone racing has emerged as a sport that is both fascinating and thrilling to watch, regardless of your familiarity level with drones.

The History of Drone Racing

While drones have proven to be vital in commercial settings over the past several years, the idea of racing them against each other is a relatively new phenomenon. The first documented instance occurred in 2012 when Team Drop Bear, an Australia-based team of drone pilots, began to publish videos of its drone races online.

The competition was called Rotorcross and established an early version of what we know as drone racing today. Pilots flew their machines in FPV (first-person view) perspectives, which is still the most common form of racing today. By 2015, a six-race series had been established in Australia, and the sport began to expand internationally as well.

Of course, much of that expansion happened underground, which is also the reason that the sport didn't take off until this time. As Chris Ballard, director of QUAROB (the first legal racing league in Australia), told Mashable, outdated aviation laws prevented the sport from flourishing. As decade-old laws around the globe slowly become updated, the sport is gaining in popularity. 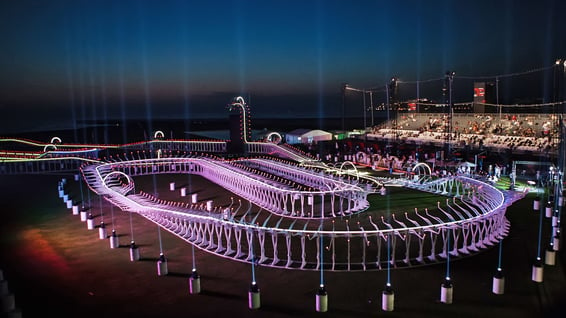 How a Drone Race Works

While each league has individual point and scoring systems to determine the results and winners, drone racing follows a number of basic parameters. The typical drone race consists of 4-8 racers, or sometimes more depending on the scope of the event, with the fastest drone winning the event. An obstacle course is set up and penalty points are deducted for missing markers, gates, or milestones.

The basic idea is simple: drone pilots navigate an obstacle course, using virtual reality glasses with which they can fly the machine from their drone's point of view. Speeds of up to 80 mph, as well as a number of event-specific parameters that can range from special instructions to advanced obstacles, increase the thrill of both flying and watching the event. 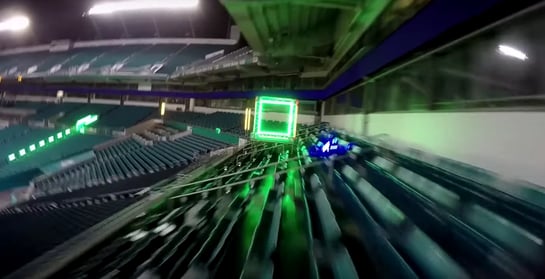 Watching a new sport grow before our eyes is always thrilling, and now is a perfect time to get caught up in the drone racing experience. What started as a hobby is increasingly becoming professionalized, resulting in thrilling competitions made possible by increasingly experienced pilots.

Not surprisingly, leagues around the globe are beginning to offer significant rewards for pilot's participation. Perhaps the most prominent is The Drone Racing League, which is backed by a $1 million investment by Miami Dolphins owner Stephen Ross and is planning a full season, much like NASCAR or Formula 1. Another prominent organization is the Drone Sports Association, which hosted the sport's first official U.S. National Championship earlier this year.  Both leagues hope to continue expanding and professionalizing.

Thanks to the available prize money and increasing popularity, personalities and favorites are beginning to emerge among the many pilots, giving spectators individual drones to root for. For example, 15 year old British pilot Luke Bannister won the first-ever World Drone Prix in Dubai this year, earning $250,000 in prize money after a thrilling race. Another popular personality, Ryan Gury - who quit his daytime job to become a full-time drone pilot - entered The Drone Racing League as director of product after his flying successes.

Where It Stands and Where It's Going

Of course, these personalities only add to a sport that is already thrilling to watch. YouTube videos show pilots competing against each other in environments that range from easy to difficult and bright to dark. But they all have one thing in common: a combination of speed and skill that is impossible not to like.

Watching past events on YouTube is one way to follow the sport, but recent developments suggest that live viewing is in our future. This June, ESPN announced a deal that would enable it to broadcast live races. The first event to be broadcast were the National Drone Racing Championships taking place in New York City. 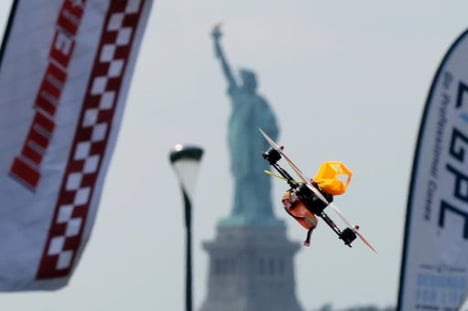 A major key to the continued development of the sport will be a shared set of rules and classes, which would allow spectators to more easily follow the races and enjoy the thrill. The 2016 U.S. Drone National Championships have worked with the Drone Pilots Federation to established a shared set of standards, which it hopes will become the defining rule set of the game.

These standards define three categories of competition, from competing in a speed and agility course to freestyle racing and team competitions. A number of classes are defined based on drone size and power, which can range from wing races to multi-rotor drones of various sizes. As the sport continues to gain popularity, it would not be a surprise to see that rule set increase and develop.

Will drone racing ever become a professional sport? The answer to that is how you define the term. But given the increasing popularity of the races, along with parallel developments in the world of e-sports, it's not difficult to see why Time Magazine called drone racing “the sport of the future.”

As a member of the drone community, we're excited to see drone racing become a full-blown sport. The possibilities afforded by drones for both entertainment and usability continue to increase. While drone racing continues to gain popularity, more functional uses of the same technology remain popular as well.

If you are looking for beautiful aerial photos and videos that only drones can capture, contact us at DroneBase. To learn more about how to race drones and follow the sport in general, check out online forums such as DroneRacingPilots.com and FPV Racing. 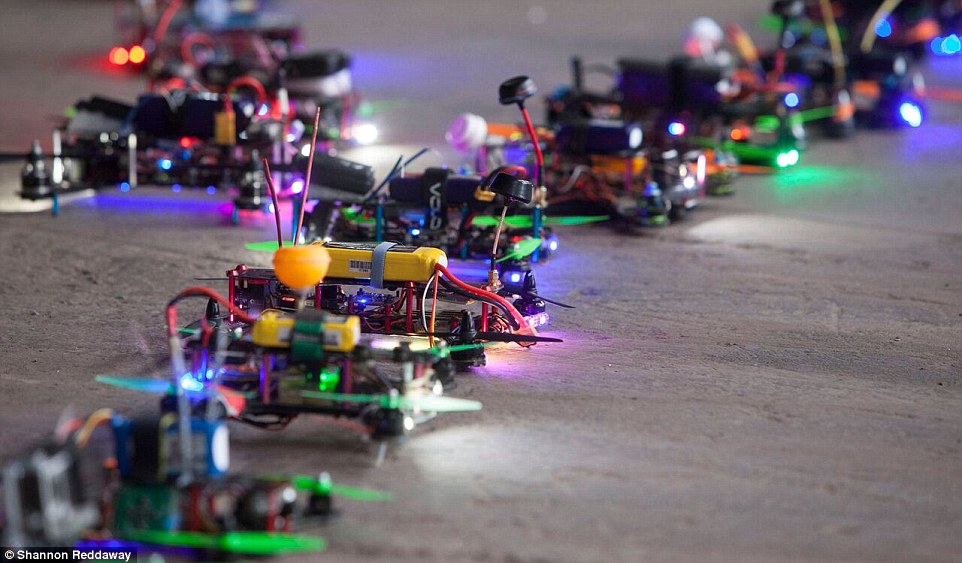