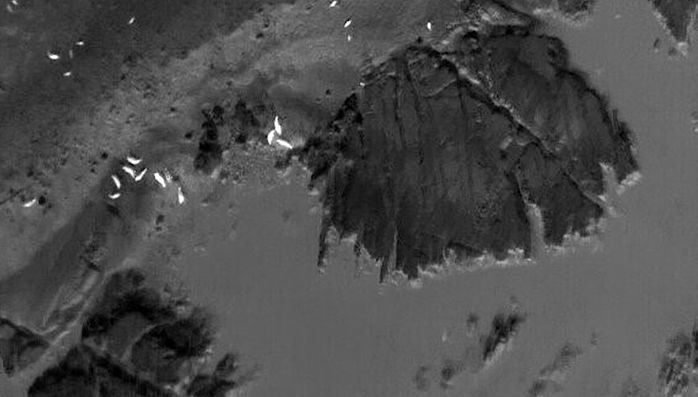 Drones and the Environment

Drones are increasingly being viewed as environmentally friendly problem solvers across many industries, both by replacing traditional methods that are less “green” as well as making conservation efforts more accessible. Drones and the environment are becoming fast friends, and for good reason.

Consider some of the advantages scientists are gaining with drone technology. Drones generally don’t use fossil fuels (most are powered by electricity or solar power). Drones are also less threatening to animals because of their small size and less intrusive nature compared to traditional aircraft.

Other benefits of drones include reduced cost to allow for more frequent monitoring, easier access to remote areas, and more timely research as drones don't require the wait time of booking airplanes or satellite time.

Let's look a little more closely at some areas of environmental research that are benefiting from drone technology:

Drones are an ideal tool for accessing hard to reach areas with minimal impact. For ecological surveying, encroachment into an animal’s territory is a major concern. Drones give surveyors a tool to measure populations and better understand habitats with little intrusion.

A seal counting expedition by Duke University researchers in 2015 showed the promise of drone technology. Researchers were able to use both traditional cameras and thermal cameras to gain more accurate counts of gray seals on two islands in Canada. The research was conducted in January when seal pups are young, meaning researchers faced extreme cold and windy conditions, proving the value of the technology in adverse weather. 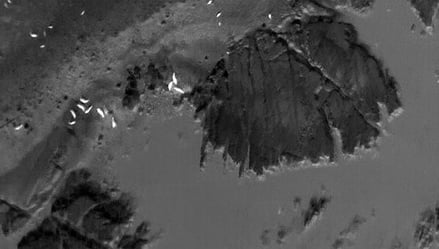 The thermal images were particularly exciting to scientists because the technology not only finds animals hidden by vegetation, but its digital data also gives scientists the opportunity to make rapid calculations on populations rather than the labor-intensive process of counting animals in the 2D images of a traditional camera. The rapid work of the drones also reduces the inaccuracies caused by animal movements during the photography process.

On the enforcement side, the Kenya Wildlife Service had an ambitious plan to launch drones in all its wildlife preserves to reduce poaching; unfortunately, privacy concerns led the government to ban the flight of private drones just days before implementation. However, a 10-day test earlier in one park where some 600 rhinos a year are killed by poachers resulted in zero rhino deaths on the test days. Meanwhile, Mexico is using drones to combat egg poachers who snatch sea turtle eggs from the beaches to sell to restaurants. The drones help track the poachers for troops who are guarding the beaches.

In 2013, scientists launched a drone study of a Himalayan glacier which provided accurate data on movement and melt. The mapping took place in just two and a half days in May and October, compared to the normally labor-intensive process of climbing and staking the land. Satellite images had been too low-resolution to provide accurate measurements.

In 2015, researchers from the University of Maryland and the University of California-Santa Barbara joined forces with the Organization for Tropical Studies in Costa Rica to test drone mapping of a rainforest restoration project. The $1,500 drones were used to map 13 1-hectare areas spread over 100 square kilometers of mountainous areas of southern Costa Rica. Similar data from a LiDAR (light detection and ranging) survey would cost $20,000 per flight. 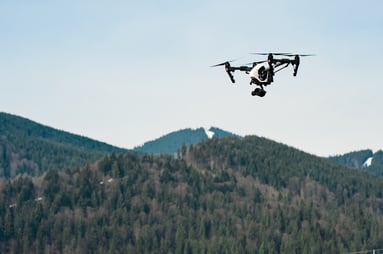 The drone surveys compared well to human surveying of the height, bumpiness, roughness and openness of the forest canopy. While the drones were slightly less accurate on lower and rougher canopies, researchers believe further improvements in software can overcome that issue.

The photographs from the drone flights also allowed researchers to count fruit-eating birds, which are important to the spread of seeds for forest restoration. Scientists envision drones mapping regions that previously were too difficult or dangerous for human mapping, at both a fraction of the cost and time of human mapping.

Agriculture will be another prime beneficiary of drone technology as farmers are able to monitor crops on a nearly constant basis and watch for stresses caused by pests or lack of water. Farmers can use fewer pesticides and water when they are able to pinpoint where a pesticide needs to be applied to control an infestation, rather than treating an entire field, which leads to more runoff and potential pollution. Farmers are also able to apply water only where needed - abling them to avoid waste water.

Again, drones are being put to use to measure and alleviate potential sources of pollution. China uses drones to take air samples above power plants, refineries and other emissions sources to monitor for violations of pollution laws.

Drones offer huge advantages over traditional means of capturing aerial photography and surveying with the reduced carbon footprint they leave behind. Because drones operate off electrical or solar power, they do not burn fossil fuels as airplanes and helicopters do. Plus, even the amount of electricity needed is minuscule compared to fuel used by airplanes and helicopters.

Even traditional consumerism could become more environmentally friendly with drone technology. Amazon's plan to provide drone delivery led to a University of Washington study that estimated that drone delivery of groceries to consumers' homes could reduce carbon emissions by more than 50 percent as compared to what consumers would use if they drove to a store to purchase the same items. If companies gain the ability to cluster deliveries in neighborhoods, the study found that reduction could reach 80 to 90 percent.

DroneBase has experience working with aerial mapping and surveying. We are available across the country and internationally. Contact hello@dronebase.com or visit dronebase.com to see how we can help with your next project. 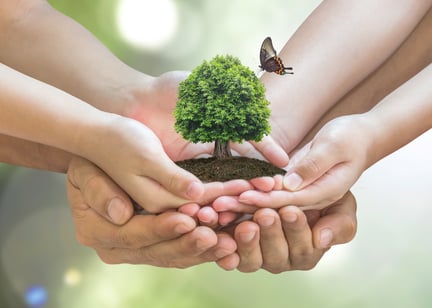